“There are no home-like living & food facilities over there. How would you settle”?

“It’s a very strict environment there and many haven’t been able to endure it.”

Above were the few objections Clark heard at the time of his admission to a boarding school.

Hearing these, got him low in spirits.

Double-minded and confused. He asked himself;

“How will I survive there? Won’t it be hard?”

“What if after paying the admission fee…buying hostel related basic stuff i.e, clothes, shoes, soap, toothbrush, toothpaste, nail-cutter, comb, and most importantly a trunk to put all the stuff in…I desired to leave?”

“It will be a huge loss for my struggling middle class parents,” he thought to himself.

“If I didn’t go there and be at home, my whole progress will be fully visible to everyone in my family, hence constant questions and mocks will be my fate.” He gave himself a wiser note.

To avoid being criticized and judged by his family, he decided to go to boarding school and gave himself no option of reversal.

To his astonishment, being there wasn’t as bad or hard as he envisaged.

Why was it so?

Was he emotionally strong? Or determined enough that it didn’t bother him? Maybe he was indifferent to that environment?

Neither he was rock-ribbed, resolute nor was he stoical.

It was the environment there that kept him so busy in different chores that he had very little time to get emotional and remember homely comforts.

Somehow it was also his natural inclination of getting lost in the new environment (regardless of how it is) and forgetting the past quickly.

But was this only limited to him?

Can’t everyone benefit from it and acquire it effortlessly?

Let’s try to look at another example, wearing this lens.

Clark had to finish a chapter for his university mid exams.

“Reading one line and the next moment losing interest.”

This is what was happening to him.

He opened YouTube and typed, “How to focus on reading”.

After watching a few videos, he tried one idea described in one of them.

“Listen to some focused music while studying.”

Somehow it worked not perfectly but enough to build the momentum for reading.

“But is that the solution? How is it related to adjusting oneself with a so-called hard environment or task?”, you asked.

Allow me to take you to another instance.

So, Clark had to lose weight.

Every time he went for a run, right after 3-4mints he used to get tired, lost interest hence gave up.

“Why don’t I feel the motivation to go on? Do I really want to lose weight? If yes then what’s not getting me there?” He asked such questions to himself.

Sadly he couldn’t find the answer.

But, even for 2-3 minutes, he kept going regularly for the run.

One day, out of boredom he pulled out his phone and handsfree.

Wore his handsfree and put on some music, and started running.

Enjoying music and getting lost in it…he was running.

When his favourite playlist finished he felt the urge to stop. To his astonishment, it’s had been around 15 minutes since he was running and he had remarkably covered 2Km distance.

“Amazing!!”, he shouted to himself.

Initially, he concluded its because of the power of music. But he was wrong.

There was something deeper than this.

What’s the secret then?

Our brain can’t focus on two or more things simultaneously.

So when Clark sought admission to the boarding school, the different routine, environment and studies pressure shifted his focus from feeling homesick to getting involved in academic chores.

He only missed the comfort of home when he was left with himself (which rarely happened as he was surrounded by hundreds of fellows all the time and drugs like mobile phones, Mp3 players, or any such devices were strictly banned).

Also, clark was able to do the running not out of motivation or passion, but because his mind was lost in the music, and the run was happening unconsciously.

So, he didn’t felt the tiredness, pain or exhaustion.

Same was with reading a chapter, the reading music somehow helped him get lost in the text and don’t get distracted by external factors.

Sometimes, getting things done, and making big changes, does not require enormous actions.

But, “the slight shift”, in the right direction. 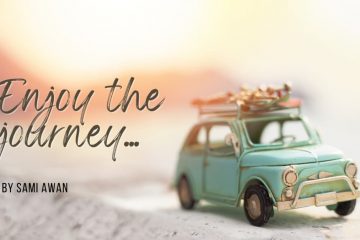 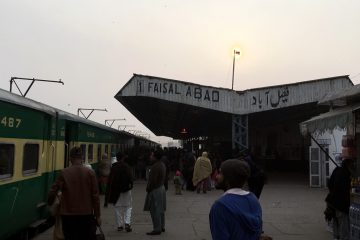 Clark went to a darker place where it was less rushy. He was sad…confused..directionless…at the same he was seeing something only visible to him. His train was late, and on that summer night…each passing second Read more…